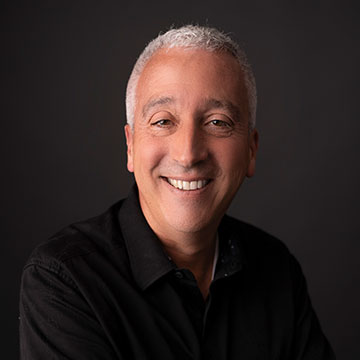 Dr. Manente is a native of Niagara Falls, and graduated from LaSalle High School. His interest in pursuing orthodontics grew out of his father’s passion for dentistry. Dr. Manente received his undergraduate degree in computer science from Niagara University. Even today as an orthodontist, Dr. Manente employs his natural knack for engineering to envision and construct the most beautiful smiles possible.

Given his outstanding academics, Dr. Manente was accepted into the State University of New York-Buffalo, where he received his Doctorate of Dental Surgery with honors. To advance his knowledge in this field further, he completed a three-year orthodontic residency at the University of North Carolina-Chapel Hill and graduated with a Master of Science. In May 2007, Dr. Manente became certified by the American Board of Orthodontics. He is an Invisalign® Certified Provider, and specializes in orthodontics and dentofacial orthopedics.

In 1996, Dr. Manente became a partner with Dr. John R. Whiteman. Their similar philosophies and work ethic are the key ingredients to running a successful, effective, and interactive practice that continues to thrive. One of the practice’s biggest landmarks occurred in 2011, when it moved to a brand-new office on Military Road, which enables our patients to be comfortably treated in a state-of-the-art facility with the further amenities.

Dr. Manente is happily married and has two adorable children. His favorite activities include coaching and playing hockey, long-distance running, traveling, playing golf, and spending time with his family. Dr. Manente’s favorite vacation destinations include the Walt Disney theme parks, where he has participated in multiple marathons.

He is an active member of the Boys and Girls Club and has been involved in the Porter Cup golf tournament since his early teens as a spectator, committee member, and more recently, a member of the executive committee. He served as tournament chair in 2009.